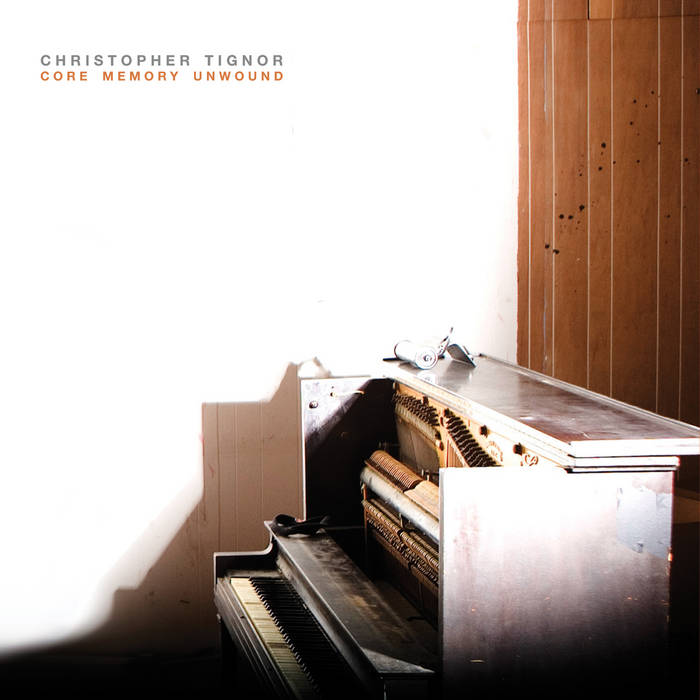 "For years Slow Six band-leader, composer, and software designer Christopher Tignor has performed with his signature software instruments alongside fellow band members, sampling and transforming their live performances in accordance with his meticulous, emotionally-charged scores. On Core Memory Unwound, his debut under his given name, he brings his software to the forefront alongside some of his most intimate compositions for violin and piano. A record dealing with memory, both metaphorically and literally, these intimate tone poems for violin and piano are each presented in two forms, once in their original acoustic state, and then as a "memory portrait" through Tignor's live performances on his signature software instruments, creating new works from samples of these performances taken on the fly.

"Core Memory" was once the dominant architecture for computer memory, consisting of a fine mesh of interwoven wires. On this release Tignor brings his background as computer scientist and composer center-stage, deconstructing his own music through performance. Creating new compositions from key violin and piano gestures played during the acoustic performances, these "memory portraits" have a life both intimately bound to, yet completely distinct from their source works.

The delicate, angular melodies of "Last Thought at Night" echo the sentimental musical anecdotes of Erik Satie, while the spartan, time-frozen world within "Meeting in a Colored Shadow" calls to mind Morton Feldman or even the fragility of Arvo Pärt's ”Für Alina.” By contrast the blissful, cascading violin arpeggios on "Last Nights on Eagle Street" entangle us in a bright embrace, reminiscent of Terry Riley's 'Rainbow in a Curved Air.'"