Thunder Lay Down In The Heart 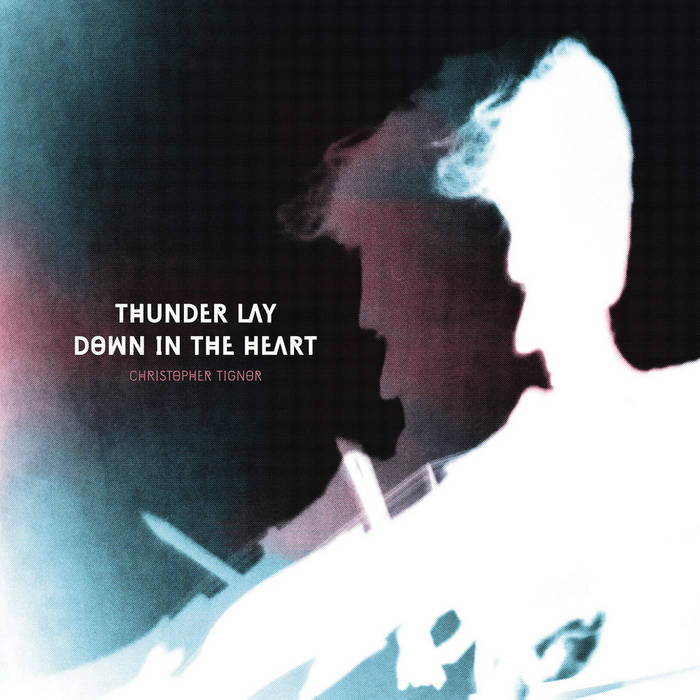 "The story of Thunder Lay Down in the Heart begins with the poem “A Boy” written in 1956 by John Ashbery, well before he became the world renown, Pulitzer Prize winning poet we know him as today. In a rare collaboration, Tignor recorded Ashbery reading the work in his Chelsea apartment, surrounding it with his own original musical setting for strings that opens the record. A line from this poem became the title of Tignor’s twenty-minute work for string orchestra, electronics, and drums, featuring eminent Boston-based ensemble A Far Cry. The album’s B side continues the process of reinterpretation as Tignor electronically reimagines and remixes the title piece into “The Listening Machines” and “To Draw a Perfect Circle”, creating spellbinding ambient adventures derived directly from the tapes of this ensemble’s gut-wrenching virtuoso performance. Ending as we began with collaboration, the record’s final remix, “First, Impressions”, was created with composer / pianist Rachel Grimes (of Rachel's).

In the 90’s Christopher Tignor immersed himself in minimalism, working as an assistant for LaMonte Young while learning sound engineering on the job at a New York contemporary music festival produced by Philip Glass. He went on to refine his skills mixing live sound for bands at two of New York’s seminal clubs, CBGB’s and Brownies. During this time Tignor also studied computer science, developing his unique software instruments for processing sounds. He released, composed, and produced 3 albums with his band Slow Six, and two albums with his high-energy duo Wires Under Tension. Tignor has also contributed his skills as violinist and string arranger both in the studio and on tour to This Will Destroy You, John Congleton’s Nighty Nite, and Lymbyc Systym.

“Thunder Lay Down in the Heart” is Tignor’s second LP released under his own name following his much acclaimed 2009 Core Memory Unwound. This album explores the natural link between numerous musical disciplines including contemporary classical, ranging from John Adams to Aaron Copland to John Luther Adams, melodic rock, ambient drone music, and electronic experimental artists such as William Basinski."