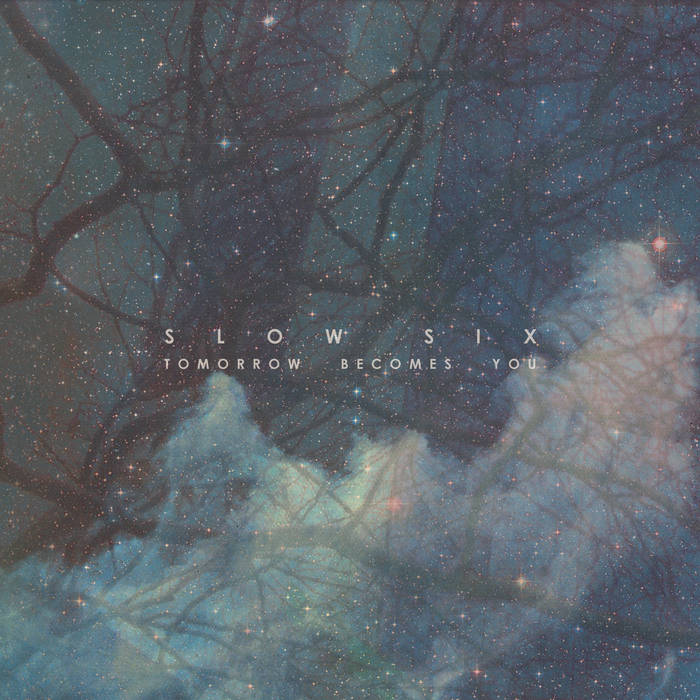 "At the turn of the millennium in downtown New York, in an era of Moby and the Strokes, Slow Six was pulling up in front of clubs, loading in music stands, video projectors, a battery of string players, and a desktop computer (!) programmed with custom software. Reading down their twenty-minute electro-acoustic scores to stunned audiences, Slow Six helped redefine what was possible when those who grew up with both classical and rock music re-imagined their surrounding musical landscape in their own image.
Today, so-called "cross-over" music is near ubiquitous, from The Wordless Music Series to bands like The Books and composers like Nico Muhly. Yet it is now, following their 2007 sophomore release for the prestigious classical label New Albion, that Slow Six returns to their experimental rock roots with Tomorrow Becomes You, an emotionally unrestrained full-length infused with taught rhythms, unraveling melodies, and detailed ambiences that owe as much to Tortoise and The Dirty Three as Steve Reich and Brian Eno.

In keeping with the Slow Six mantra, this is still music that changes - and changes us - slowly over time - the virtuosic, minimalist hocketing in "The Night You Left New York" slowly giving way to its eruptive guitar-soaked finale. But a new, welcomed optimism runs through "Tomorrow Becomes You" - never has the band's light shown so brightly as in the record's finale, "These Rivers Between Us".

Tignor's signature software creations (free from the band's site), which he uses to transform live sound, also make key appearances, creating unique electronic landscapes from talk radio on "Because Together We Resonate" and the players' own performances on "Sympathetic Response System (part 2)"."